This country of fairytales, amazing landscapes that you can’t find nowhere else, has such a pacific story about its creation. Icelanders live like their history: calm, pacific and open on the world.

First of all, Iceland wasn’t created by war. Some Irish monks came first, expelled from their home country. It was nice located for the British during the World Wars, and they asked the Americans in 1941 to take over. Even during the occupation, no fights were brought into the island. On March 15th, 2006 the American government said the army would be removed from the American bases in Iceland.

Also, Iceland got its independency only in 1944, from the guardianship of Denmark.

Some people wonder if the authorities didn’t mix up the names of the nations with Greenland. Iceland is a green country, not so much icy, and Greenland is mostly icy.

Anyway, Icelanders are proud of their languages. Everything is in Icelandic. Though, some touristic places are also written in English and everybody on the street speaks the international language too.

In English and in Icelandic, they tell fairytales. More than half of the population believes in elves. In the story, elves were hidden children. Adam and Eve, from the bible, got the visit of god. In a rush, the couple got the time to clean only 2 of their children. The rest were dirty. They were ashamed to introduce them to god. The couple hid them. They remained hidden in Iceland since then.

Today, Icelanders say they cannot build on some lands because they may be elves’ land. At some random places, it is possible to find a tiny house, hidden in the moss. Iceland doesn’t have any trees but in parks and other human places.

There are more stories, also about trolls, dwarfs, ogre… For example, another story says that some monsters placed the mountains all over Iceland; some of them are shaped like the creatures.

The country is also touristically known for its volcanoes, geysers, waterfalls and mountains. You can see everything within one day. If you are lucky, you can also see the northern lights the same night. They come out only when the sky is clear, around midnight. It is luckier to find them in the north. The southwest is a lot cloudier.

It is also possible to go whales watching and the percentage of seeing whales is more proficient than it was in Vancouver BC, Canada. You don’t see them jump though; I guess you really need to be lucky on that one.

There are always the hot sources, rivers and outdoors swimming pools which worth to try in Iceland. The Blue Lagoon seems a lot touristic. In the other hand, you have the hot river nearby Reykjavik, which is really natural, not so much touristic yet. That place is worth an hour hike!

When you get back to the city; don’t forget to eat an ice cream on the street. It is one of the strangest thing Icelanders use to do. Another strange thing to do is to try whales, puffins, or shark, we are carnivores anyway, if you’re a vegetarian I can understand your abstention. Anyway, Iceland is still living from fishing mostly. Tourism starts to take more place in the economy.

With all they natural landscapes, Icelanders seem to be one of the populations the happiest. They take a lot of vitamins when they start they day, then the education level is pretty high, they also have a good quality of healthcare. In their windy, cold weather, where there is barely night in the summer time and barely daylight in the wintertime, houses are full of colors to make everybody the happiest. 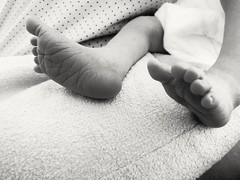 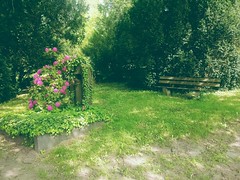 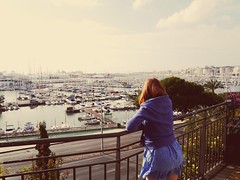